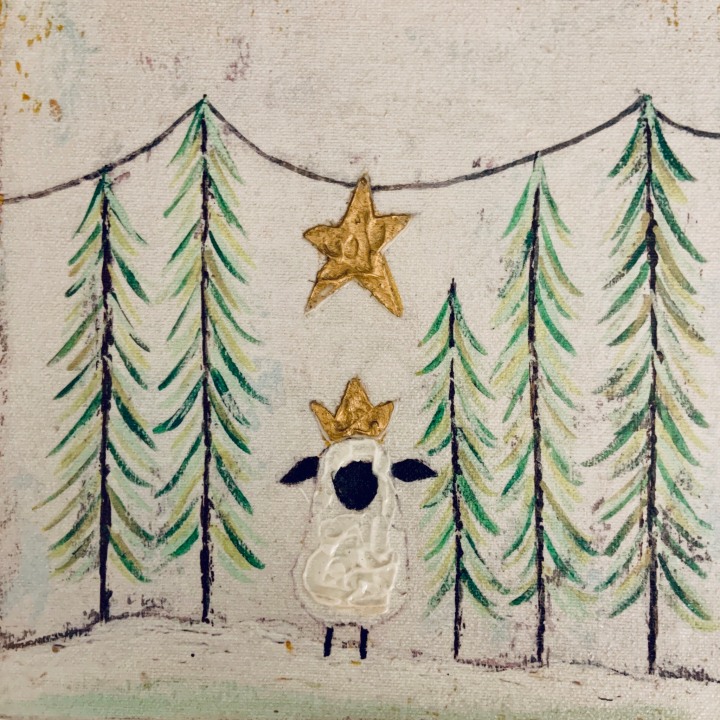 In the sixth month, the angel Gabriel was sent from God to a city of Galilee named Nazareth to a virgin betrothed to a man named Joseph, of the house of David. And the virgin’s name was Mary. And he came to her and said, “Greetings, O favored one, the Lord is with you! . . . Do not be afraid, Mary, for you have found favor with God. And behold, you will conceive in your womb and bear a son, and you shall call his name Jesus. He will be great and will be called the Son of the Most High. And the Lord will give to him the throne of his father David, and he will reign over the house of Jacob forever, and of his kingdom, there will be no end.

For four hundred years, no prophet spoke for God. The remnant of God’s people who had returned to their land from exile languished under the control of the Roman Empire with no sign of the promised Messiah. But, one day, the long silence was broken by an angel who delivered a pregnancy announcement—two pregnancy announcements, actually!

The first announcement came to an elderly priest named Zechariah, whose elderly wife Elizabeth had been barren for many years. The childless Elizabeth would give birth to a son named John, a prophet of God who would prepare the way for the coming Messiah!  The second pregnancy announcement came to Mary–an unwed teenage virgin betrothed to a man named Joseph from the house of David. By the power of the Holy Spirit, Mary would conceive and give birth to a Son, who would be called Jesus…the Son of God…a child both human and divine! This Son was the long-awaited child of promise–the victorious King, who would crush the head of the evil snake and reign on David’s throne for eternity.

God’s Kingdom was coming on earth through two unexpected pregnancies to two unlikely women because nothing is impossible with God! Although the nation of Israel had been like a barren woman, failing to bear fruit by mediating God’s blessing to the nations, God would still keep his promises. The virgin conception signaled the inbreaking of a new covenant! The barren woman Israel would now have children…many children from many nations…children with new, clean hearts with the law of God written upon them. God would accomplish his plan to fill the earth with his glory through his people!

The story takes another unexpected turn when Mary gives birth to Jesus in an obscure stable in Bethlehem, and the good news is first announced to lowly, dirty shepherds while watching their sheep at night. Wouldn’t a palace full of important people have been a better place for the birth of the Messiah? How odd for the King of Kings to enter this world quietly among animals! Then again, it’s not so odd when you remember that this baby King was also a lamb–the Lamb of God, born to die for broken, helpless sinners.

You see, Jesus’s birthplace was no surprise to God. God was showing the world that he was coming down, even to the lowest of places, to rescue his children and live with them again. But this time, the Creator wasn’t going to live among his people in a garden or a temple. He was going to live among them in a human body…a body just like theirs…a body that would one day be broken on their behalf and resurrected to eternal life— the firstfruits of many who would follow through faith in him,

The God-man Jesus Christ was an embodied picture of God’s glory for the world to see… the exact image of the invisible God…-the one who perfectly kept God’s righteous law, yet died a brutal death in the place of sinners. After his death and resurrection, he ascended to the right hand the Father where he now reigns through his Spirit in the hearts of his people, the Church…the mystery finally revealed!

Jesus Christ is the better Adam, the better Noah, the better Israel, and the better David–God’s one and only true Son! And one day, he’s coming back to finish what he started. The cradle that led to the cross still awaits the consummation of the glorious kingdom on earth. There, Christ will mend all that is broken, dry every tear, and reign in righteousness for all eternity! This is the hope of Christmas!