This whole stage of Mr. Boy’s life can pretty much be summed up with two words: wheels obsession. What can I say? The child is over-the-moon in love with cars, trucks, and  pretty much anything else that has wheels. He even shows a preference for clothes that have trucks, cars, or tractors on them. It’s hilarious. 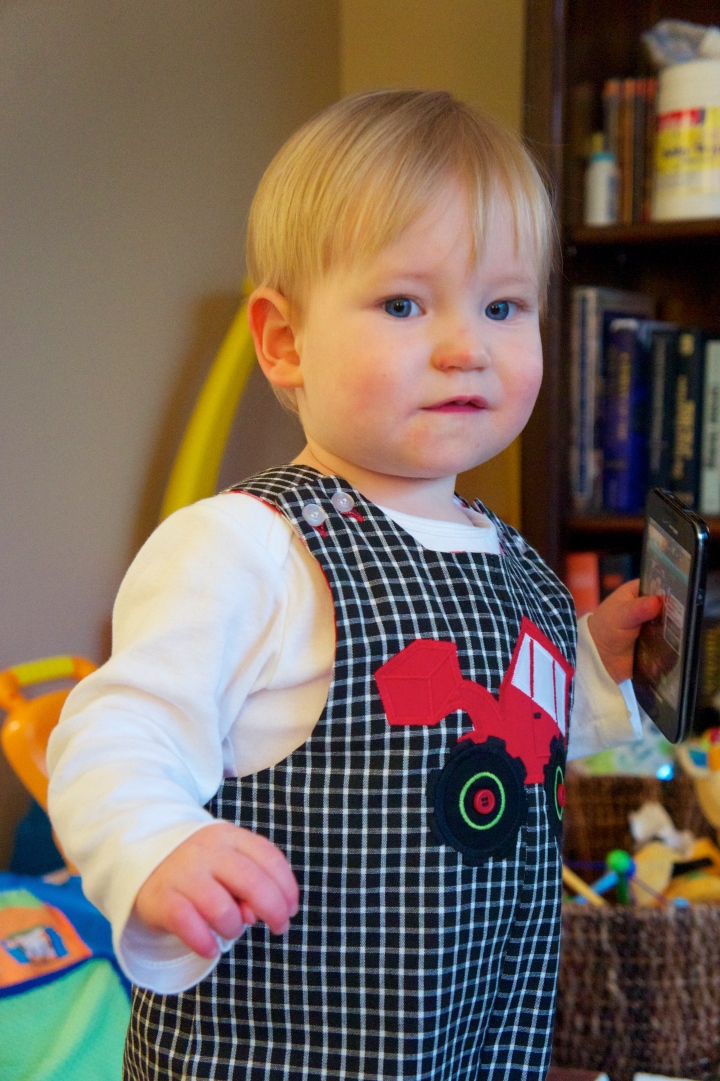 Next to “all things wheels,” I would say that books are his second love. L LOVES to look at books, and he loves for me to read to him. Some of my favorite times with him are spent sitting in his rocking chair reading a story. There’s really no point in picking up his books off the floor at the end of the day because he pulls them ALL off the shelf every single day and looks through many of them on his own while I”m drying my hair or folding laundry, etc.

Lately, he’s started picking out which book he wants to read before nap/bedtime and bringing it to me in the rocker. Current favorites are The Little Blue Truck and The Goodnight Train {wheels of course}. He also likes to take a book with him to his crib to look at before he falls asleep. 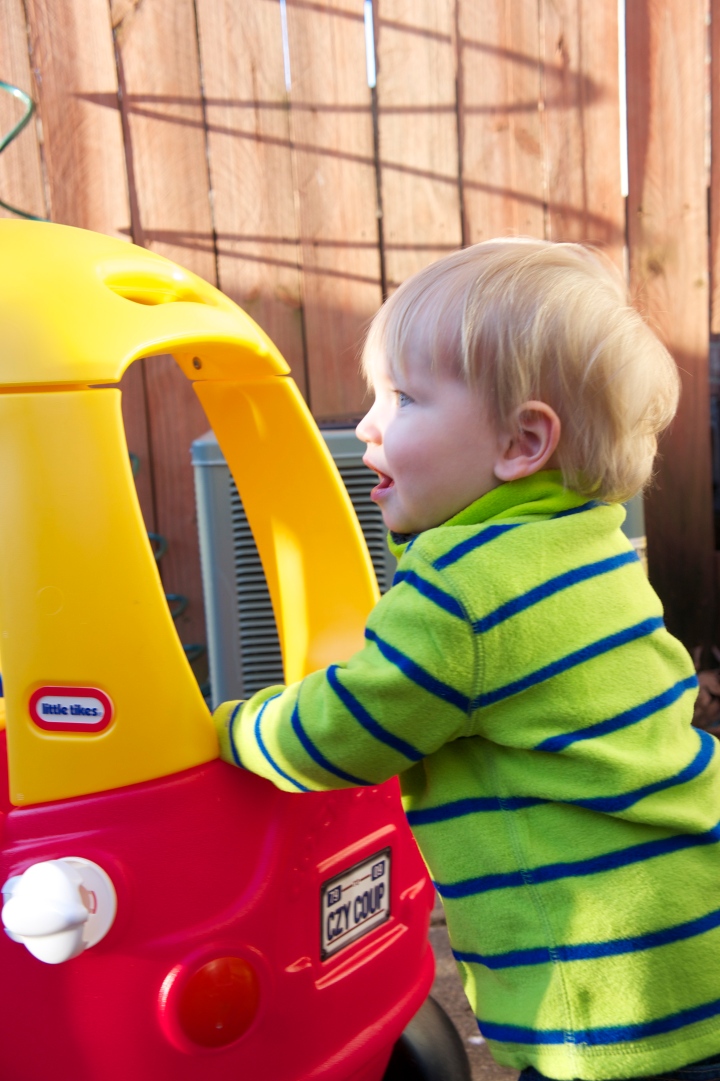 L is a true mama’s boy. If something upsets him, he wants nobody but his mama. I’m eating this up while it lasts. At the same time, he loves his daddy to pieces and gets so excited when Adam walks in the door at the end of the day. Every time my phone rings or I get a text, he says, “Da-Da!?!” He also recognizes and loves all of his grandparents, Aunt Jenny & Uncle Will, and “Aunt” Chritty, Jackson, & Mae-Mae.

He’s truly “all boy” and into EVERYTHING, but he’s also got a very tender, loving nature. L “gives love” by putting his thumb in his mouth and nuzzling his head against who or whatever he’s loving. He does this to dogs {even animals in books}, us, and “baby bubba.” We can ask, “where’s baby bubba?” and he will come up to me, touch my stomach, and try to look under my shirt. Then, we can tell him to “give bubba love” and he will lean down and snuggle his head against my stomach.  I realize he has not a clue of what’s to come in June, but he associates the word “bubba” with my tummy, which I find endearing.

{Speaking of “bubba,” I think we have almost decided on a name. I just haven’t quiiiite fully committed yet. It’s a big decision, and it takes us a while to agree and then actually commit!}

Still sleeping and eating like a champ. Loves to watch The Adventures of Chuck and Friends, a cute cartoon about a little red truck named Chuck. He gets SO excited and starts making his “truck” sound every time we turn it on.

This month, the Lord was SO gracious to protect L despite a big tumble down the stairs. The fall resulted in a bad bruise on his forehead and a scratched, bleeding nose. We had to make a trip to the ER, and he had to have a CT scan to make sure all was ok internally. Praise God for a normal report. This incident made us so aware of all the potential danger around our son. It made us grateful for his protection, his health, and every day we get to spend with him and care for him. What a timely reminder that Luke isn’t really ours. God has graciously entrusted him to us for a season that we may care for him and instruct him in truth. Our prayer is that we may be found faithful in this joyous, albeit challenging, task.

We’re so thankful for each precious season with our rumbling, tumbling little Mr. Boy!