There’s this adorable little park that we drive by almost every day on our way to and from the house, and it’s lit up with all sorts of fantastic lights this time of year. Mr. Boy always notices the lights from the car and points and “talks” when we drive by. So one night, we thought we’d stop and let him see the lights up close.

The pictures aren’t so grand and really don’t capture the beauty {I have issues with night pictures}, but Mr. Boy wasn’t disappointed. 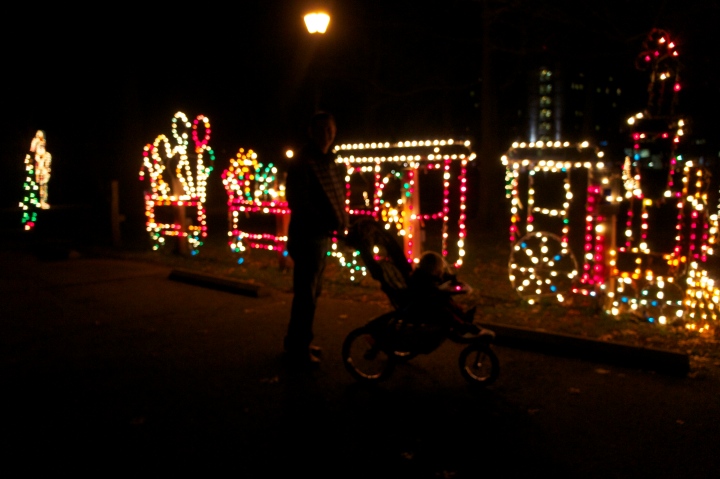 He pitched a fit when he had to say goodbye to the giant Frosty and get back in the car. 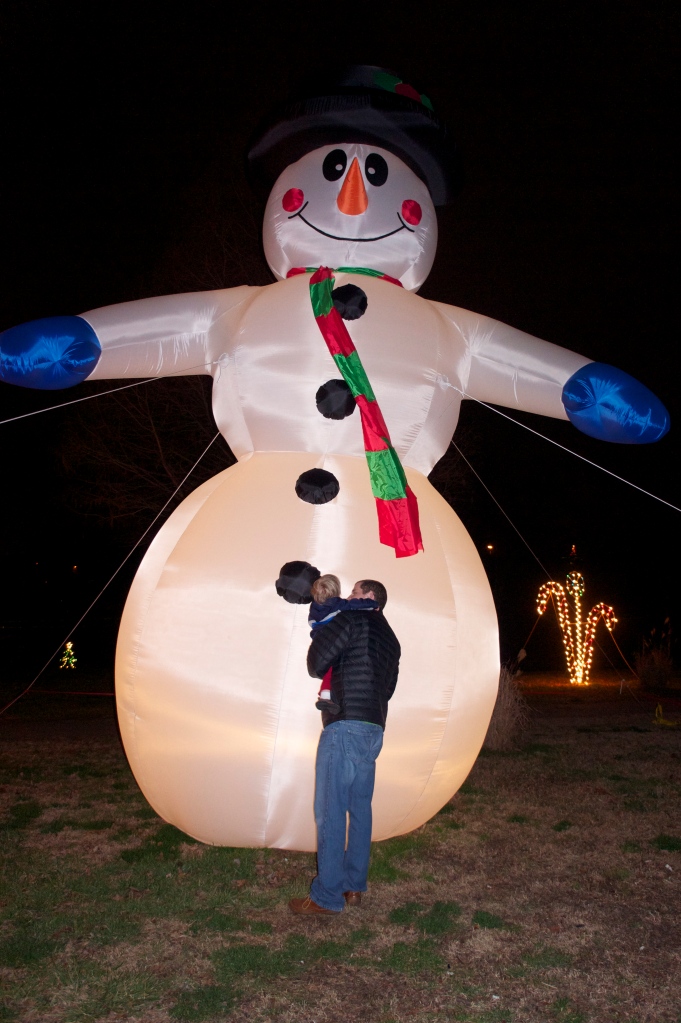 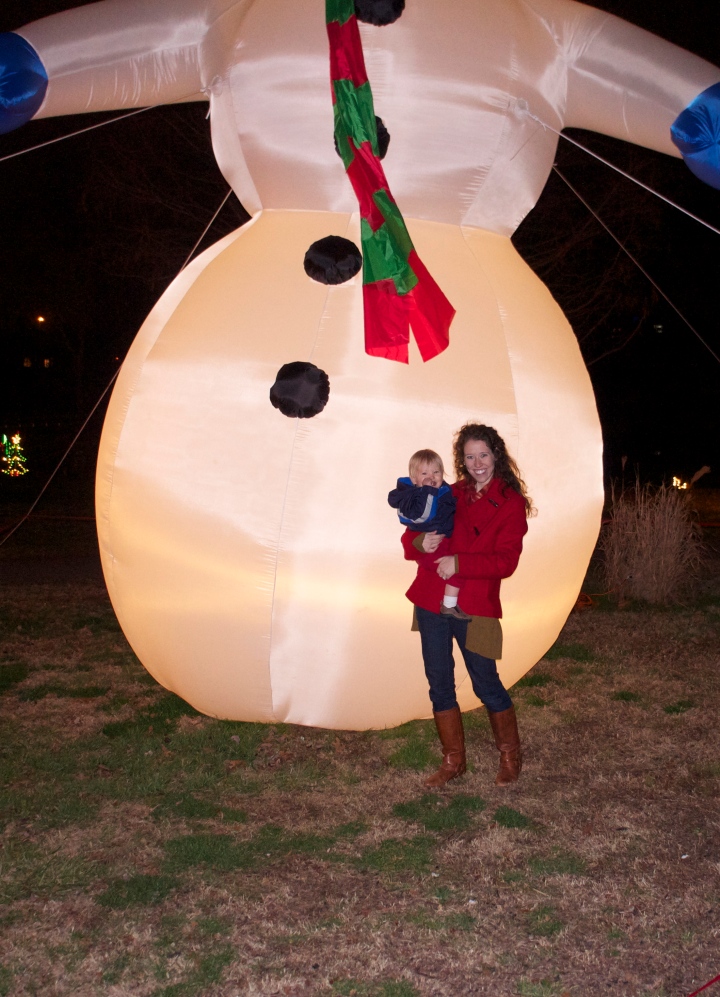 And since we’re just so full of Christmas cheer, we also stopped by the mall to see Santa. Mr. Boy wasn’t a fan, which makes me thankful that I made the decision to stand outside the gate and take my own pictures, rather than paying $35 for a package of “professionally made” photos of my child screaming his head off in Santa’s lap. Santa’s photographer elves just loved me.

The good news is, L LOVED the little cars in the middle of the mall that you can ride for a whole 75 cents. Have I mentioned that he is really into cars and trucks right now? I mean REALLY into them. The only words to describe it are unbridled OBSESSION. In the pictures below, he’s making his “truck sound” which reminds me of the drumroll that Ellen does right before Clarke lights up the house on Christmas Vacation. He can do this great tongue roll thing and draw it out forever and a day.

Then, after he touched the seat, floor, steering wheel, windshield and every other inch of the car, he stuck his thumb in his mouth. Great. Because I will not survive it if we all get the stomach virus again.

See, like I said. Not a fan of Santa yet. But can you blame him? I mean, we just handed him off to this BIG, strange man in a funny outfit and a HUGE chair. Not gonna lie, if I was a year old, I might be a little freaked too.

I just wanted to take him and see his reaction. I have memories of going to see Santa every year at the mall in Mobile with my siblings. We would prepare our little lists and go sit on his lap and tell him everything we wanted. And we really believed, y’all. We loved it. Well, that is, until we got to early middle school and mom still made Jenny and me go see Santa because “Will still believes, and he should get to see Santa just as many years as you girls did.” At that point, it was more like torture…just like it was for our little guy. Bless it!