Seriously? Are we already eight days into May? This train just doesn’t slow down. I do actually have meaningful thoughts in my head– thoughts that I would love to formulate into blog posts, sharing meaningful and eternal things. But our days have been busy. And so fast. And I only have time for a few thoughts right now.

One day, when I’m old and forgetful, I want to be able to remember the things I was loving in May 2012:

1. That end-of-the-semester feeling of accomplishment. It’s finals week for the hubs and myself. Feels good to have some more classes knocked out. Ok, so only one more class knocked out for me. But still. Feels good. There’s no rest for the weary, though. We have a busy summer of school {and travel} coming up. We’re each taking two classes, and OH MY WORD at all the assignments listed on my syllabi. But who cares about that? Speaking of travel. . .

2. In less than a month we leave for vacation in Colorado! Not that I’m counting the days or anything. Anyone have suggestions about fun things to do in Colorado Springs during the summer? We’ve never been to CO this time of year, but Jenny has been living there for a year, so I’m sure she’s putting together an awesome itinerary.

3. Mr. Boy’s new tub. So, I’ve been looking for a safety bath ring or something to help L transition from the infant tub {which he’s rapidly outgrowing} to the big tub. I found this hilariously creepy duck tub at Target, and it’s perfect for transition and travel, both of which we need. Mr. Boy was scared of Mr. Duck at first, but he quickly befriended him and reached up to pet him every so often. It. was. hilarious. 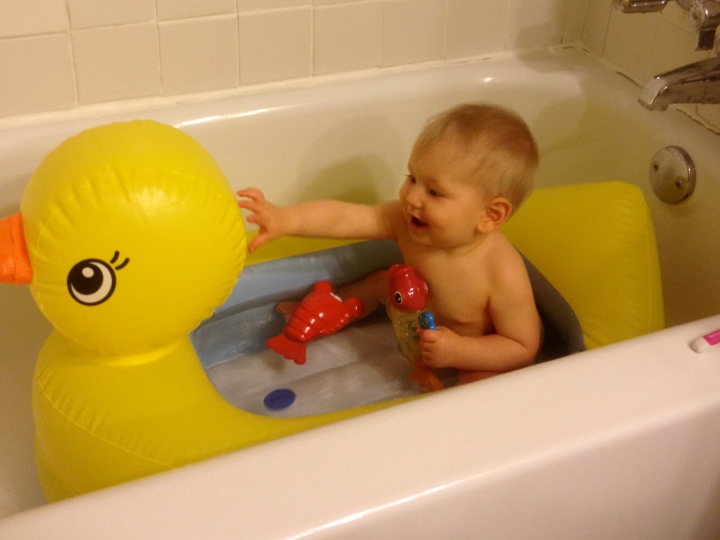 4. Roasted Veggies . . .so simple but SO good. My new favorite. Zucchini, squash, tomatoes, onion, olive oil, salt and pepper. Bake on a pan at 450 degrees for 15 minutes {add tomatoes in last 5 minutes}. Yummy! 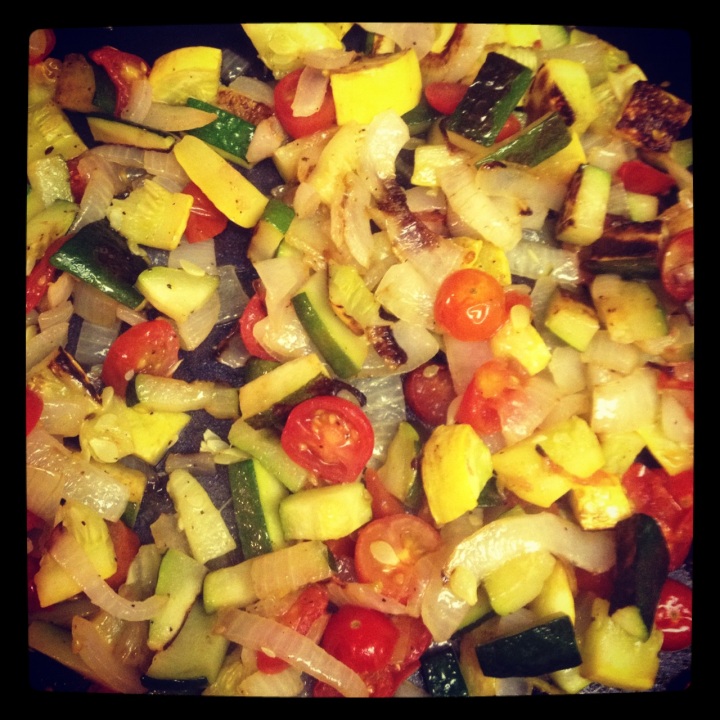 5. Opportunity for a new {to me} women’s bible study. Since Mr. Boy arrived, it’s been harder for me to be in Sunday School each week. His schedule is getting easier now, but at first {with nursing and naps}, it was all I could do just to make it to the service.  I’ve been trying to find a good women’s Bible study to get involved in because I really miss the community and in-depth Bible study that is {or should be} Sunday school. So, I’ve been looking for a good study to be a part of during the week. I feel like it’s crucial for me to have this in my life, especially during the years of small children. My friend Julie recently invited me to visitor’s day at BSF, at international women’s Bible study that she has been a part of for a while. I’m so excited to try it out and hopefully register for the fall! It will be an answer to prayer.

6. Green Smoothies. I realize that this looks 100% disgusting, but I promise it tastes just like a regular fruit smoothie. Fruit smoothies have been big in Rice land for the last few months, and we finally decided to try these green smoothies that I’ve been reading about. And they’re not half bad, y’all. You just blend up some spinach leaves first {I did a little more than 1 cup} and  add them in with all your regular smoothie ingredients {for us it was strawberries, banana, kiwi, yogurt, and ice}. Great way to eat a lot of your colors in one big whop! I mix granola in mine for a little something sweet! 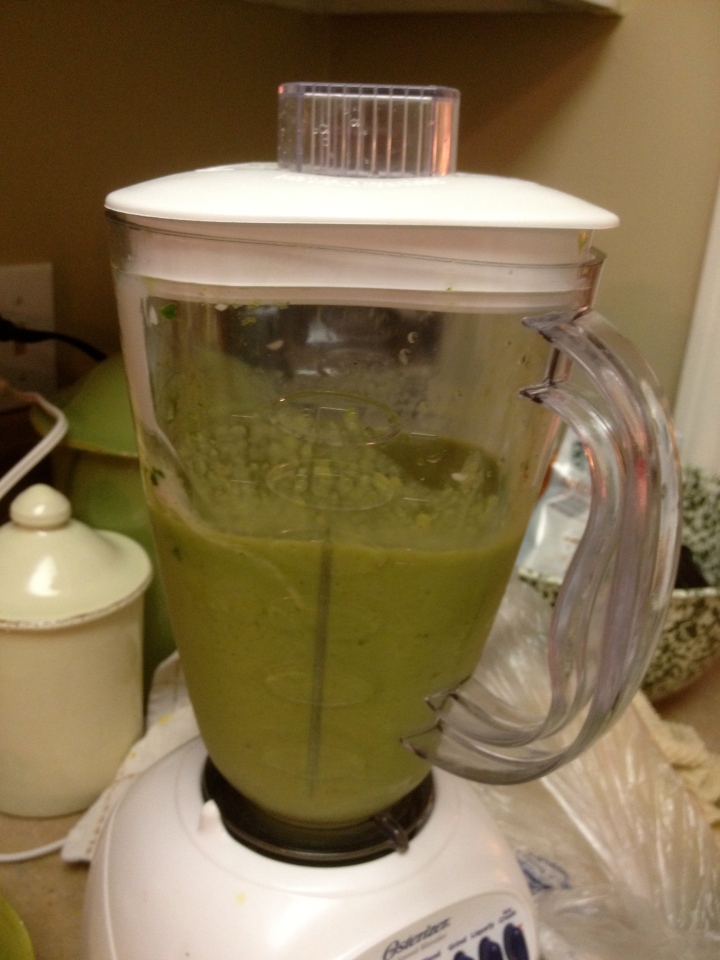 7. Seeing the world {for the first time again} through Mr. Boy’s eyes. Now that he’s crawling, his world is 100 times bigger! I love seeing his eyes wide in wonder as he watches an airplane fly across the sky or watches a door stopper spring back and forth. {Its the little things, y’all.} I love listening to him babble to himself as he curiously tries to turn the pages of a board book. I’m not so much loving that he’s into EVERYTHING, but that’s just part of the process. That messy and gloriously beautiful process. 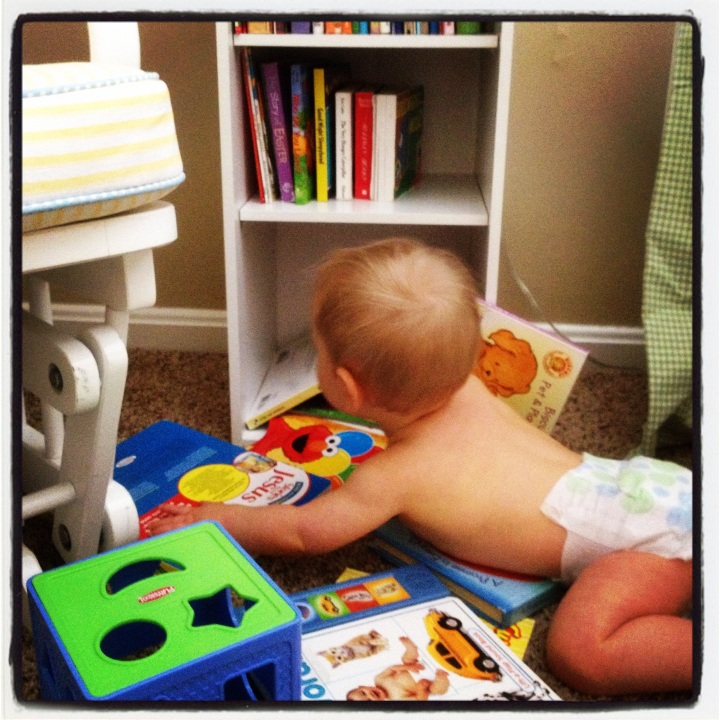 Well, this post ended up being longer than planned. But that’s how things go when I get to rambling.